Answer: About 17 percent according to a report by the Tax Foundation. This figure is based on the average U.S. wireless bill and includes the amount for federal, state and local taxes and fees.

Larger metros not surprisingly have higher than average wireless taxes on their residents. In New York City and Chicago, some users have more than a whopping 25 percent of their monthly wireless bill go towards taxes.

Lowest taxing states? Oregon, Nevada and Idaho where federal, state and local taxes will be less than 9 percent of your wireless bill. 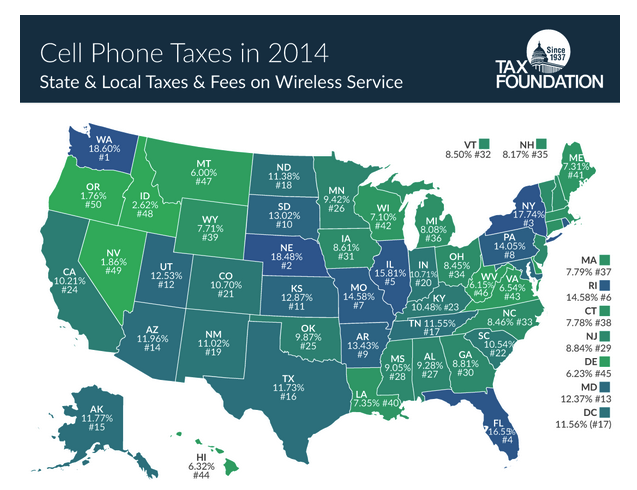 Another interesting fact was that wireless services are in a tax category of their own with the average rates of taxes and fees on wireless telephone services nearly double the average sales tax rates that apply to most other taxable goods and services. This is shown in the graphic below. The rise in wireless taxes has been nearly three times that of general sales taxes.