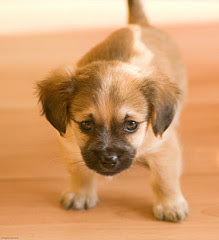 The Wall Street Journal brings a quirky story on the “Time Share” dog concept. For those who love pets, but cannot deal with them full time, travel a lot or cannot manage the expenses around owning a pet, this could be the next best thing to owning one. I would like to have a dog, but my wife’s allergies and condo living are not suited to have a pet 24×7. With this new concept, perhaps this could solve my dilemma. The article goes on to say:

Penny De Los Santos wanted a dog but traveled too much to care for one full time. So, she opted for the time-share pet. Georgia Perrone wanted her son to experience the joys of having a dog. But because her family travels so often, Perrone turned to a controversial solution: she started renting one twice a month. For two years, Ms. Santos shared a mellow female Husky mix with her neighbors, who took the dog for about one week a month. They split veterinary bills and the cost of vaccinations and heartworm pills. The neighbors called the dog Nika. Ms. Santos preferred the name Monica. [Editor – That must have one confused dog!]

The perks of dog-sharing for humans are also clear. People who may want to share or borrow a dog are mostly motivated by the short-term companionship it provide. For years, lots of dog lovers have gone without the companionship of man’s best friend because, for one reason or another, they felt they couldn’t keep a pet. Now, some are getting around obstacles by sharing ownership. And to meet that growing
demand, pet-lending services are proliferating. Some animal shelters let dog lovers swing by and take a pooch out for a day.

Asensia Inc. in Big Sky, Mont., tried to capitalize on demand for shared ownership of pets with its Flexpetz service, which was launched last year, with locations in New York, London, San Diego and Los Angeles. Flexpetz members have taken dogs out for short periods of time for a $100 monthly membership fee, plus $45 a day. Lawmakers and animal-rights groups were quick to pounce, complaining that Flexpetz was promoting dogs as accessories. To prevent the company from opening
up shop in Boston, the City Council there early last month unanimously passed an ordinance that prohibits the renting of dogs.

Critics are more tolerant of informal pet-sharing arrangements among friends and neighbors. “It’s not a profit-making enterprise,” says Wayne Pacelle, president and CEO of the Humane Society of the United States, “and there are smaller numbers of people involved in the animal’s life.”

The concerns raised about the practice of pet-rental are clearly legitimate. While it could be cruel on the animal, others say they get more love from multiple owners who only see them in shorter windows. Though this is countered by the adverse social impact on the animal from the changing environments at the different “renters”.

Another argument that could be made for this service is allows people to “test-drive” life with a pet, rather than buying one and then realizing keep a pet is too much work. This could also lead a reduction in strays or “homeless” dogs that are resultant from owners that realize it is too much work (and too expensive) to keep a dog.

Clearly there is money to be made from this and as the article indicated, services are coming up around the country, despite laws trying to ban it. Personally, I am against this concept because I feel it is commoditizing an animal. Though I can see the appeal for folks living in large concrete cities, like Manhattan, where keeping a pet full time is challenging.

What are your thoughts on this “pet-sharing” concept ?