April 15th 2014, or the 2013 tax filing due date, is not that far away. Which means its time to do some serious tax planning so that by year end you maximize your income while minimizing your taxes dues when filing in 2014.  But first, the official rates and tables for tax year 2013. In the table below you only need to find your taxable income bracket, filing status and you can get an idea of the federal taxes you would owe. 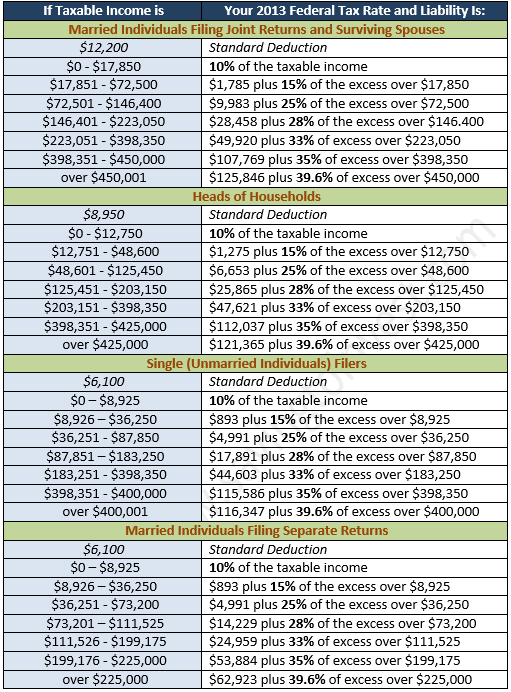 Some key items to factor and/or consider for your 2013-14 tax planning: