An interesting study by the Congressional Budget Office (CBO) provided some very telling graphics around income distribution changes relative to which groups paid the most in taxes. Amazing how politicians can both take the same data and spin it in different ways.

The first graphic shows the cumulative growth in average income after federal taxes (including transfer payments) by income group.  This confirms that the rich (the top 1%) got richer at a faster pace then other income groups, but unlike the lower income groups the rich also had the largest relative drop in income after the 2008 financial crash. 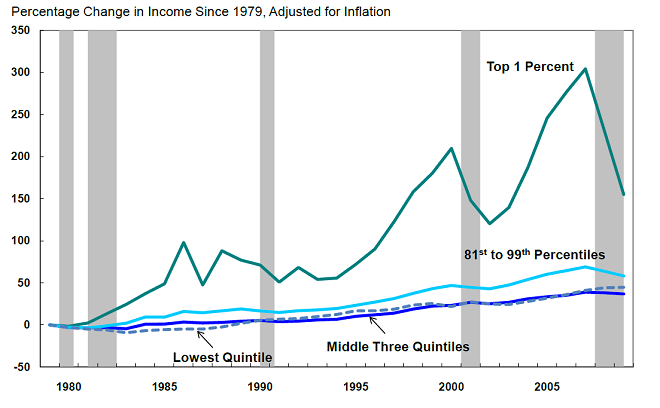 However, when it comes to taxes, the richest Americans (the top 1%) continued to pay the highest share of taxes with little drop-off in their overall contribution percentage. The graphic below, Federal Taxes as a Percentage of Household Income by Income Group, also shows that the lowest quintle of tax payers effectively saw their federal tax contribution percentage drop to nearly zero. So its questionable that further tax cuts on the lowest income earners will make a difference. Then again one could argue whether slightly higher taxes on the top 1% would make much of a difference either. 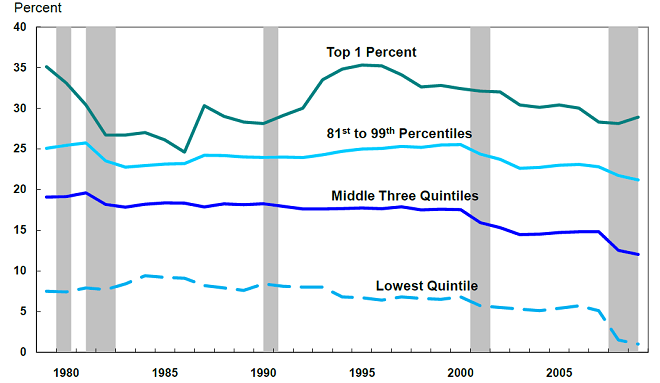