The supreme courts 5-4 ruling in favor of President Obama’s health care plan means that most of the act’s provisions will now go into action. You can find details of these here, but to summarize:

Employees that already have insurance  with an employer will continue to enjoy key benefits mandated by health reform.

Confused about the Obama health care plan and where it is at? Well, you can join millions of other’s in this boat. Despite all the media coverage many Americans are still not sure what Obama’s health care reform is about and this makes them wary of supporting it. Today the main version (there are many in Congress) was passed by a Senate committee and will be sent to Congress for further review and approval.

Senate Democratic leaders will now have to merge the bill with a more liberal measure approved in July by the Senate health committee. Three House committees also approved health care bills in July and House leaders are now working to distill from the three bills one package that will go to the floor. To easily understand and see how the measures compare on some key issues see this NY times health section.

[Updated August 2009] After looking like stalling, President Obama’s health care reform agenda has taken a major step forward with the House Democrats agreeing to a potential version of a health reform bill. Reports say that under the deal, Democratic leaders promised to defer a vote by the full House until September, so lawmakers could test public sentiment on the measure, which could fundamentally restructure one-sixth of the nation’s economy.

Most employers and small business’ would still be required to provide health insurance to workers or pay a new federal tax, but more small businesses could qualify for the exemption, which would be available to businesses with annual payrolls of $500,000 or less, compared with a threshold of $250,000 in the original House bill. The maximum tax rate, 8 percent of wages, would apply to employers with payrolls exceeding $750,000, rather than the original threshold of $400,000.

People with low or moderate incomes could still get federal subsidies to help them buy insurance, but they might have to spend slightly more of their own income — a maximum of 12 percent, rather than 11 percent.

The Congressional Budget Office said the bill would ultimately provide coverage to most people who are uninsured. Mr. Ross said the fiscally conservative democrats (Blue Dogs) had won concessions that should bring the 10-year cost below $1 trillion, a goal shared by the Senate Finance Committee.

A number of committees are working on their versions of the health care bill and the House and Senate have yet to reach consensus on a unified bill. If both chambers pass their own versions, another battle looms when the House and Senate try to reconcile their plans for another round of votes. Which means there is still a long way to go before any health care bill is passed and years before consumers feel any changes. 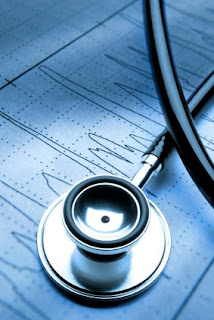 [Updated July 2009] One of President Obama’s biggest campaign promises was to reform health care, and it looks like the first steps towards delivering on that promise are underway with the introduction of a far reaching and very expensive health care reform bill. Many an administration has fallen into the deep abyss of health care reform, but none have had the political capital and forces that support the Obama administration. Whether or not you think the early plans (proposed by House democrat members) are fair or not, it looks like the US health care system is in for a major overhaul and more likely than not, you will be directly impacted.

President Obama has set an August deadline for both chambers to pass the final versions of the reform bill, and to get it to his desk by the end of the year. With that time frame in mind there will be many twists, change and debates on this key national issue.

The current proposal and how it will be funded

The proposed house legislation would fund a landmark and far reaching health-care expansion primarily by raising taxes on medical providers, corporations and the wealthiest Americans, including a 5.4 percent surtax on couples earning more than $1 million – becoming known as the “millionaire” health care tax. Couples making $350,000 and individuals earning $280,000, would pay a 1% tax, which would ramp up to 1.5% for those above $500,000 of income until they hit the millionaire tax bracket. Democrats estimate the income tax increase would apply only to the top 1.2% of households, those who earn about one-quarter of all income and will raise $540 billion over 10 years – about half the cost of the health care overhaul – and calls for the taxes to increase if the measure doesn’t hit a target for cost savings. Capital gains (currently taxed at a 15%) a
s well as earned income would be subject to the surtax.

The legislation would also raise taxes on corporations. Among other things, it would make it easier for the IRS to prosecute tax shelters, and deny certain cross-border deductions that some companies are able to claim through tax treaties. The plan would also slow Medicare and Medicaid payments to medical providers.

The bill would prohibit insurance companies from establishing any lifetime or annual ceiling on benefits and limit companies from charging higher rates due to health status, gender or other reasons. Premiums would only be allowed to vary based on age, geography and family size. Medicare would be overhauled to reward the efficiency of health-care services, not the volume, as is the case now. The government would provide subsidies to make coverage more affordable for households with incomes up to four times the federal poverty level, or $88,000 for a family of four and $43,000 for an individual. Medicaid — the federal-state health program for the poor — would be expanded to individuals and families up to 133% of the poverty line.

Health care providers would also be held to account for quality care, not just ordering up tests and procedures. Insurance companies would be prohibited from denying coverage to the sick and the industry would face stiff competition from a new government plan designed along the lines of Medicare.

“This proposal controls the skyrocketing cost of health care by rooting out waste and fraud and promoting quality and accountability,” the president said in a statement about the House plan today. “Its savings of more than $500 billion over 10 years will strengthen Medicare and contribute to our goal of reforming health care in a fiscally responsible way.”

The House bill would change the way individuals and many employees get health insurance. It would set up a new national purchasing pool, called an exchange. The exchange would offer a menu of plans, with different levels of coverage. A government plan would be among the options, and the exchange would eventually be open to most employers. Insurers say that combination would drive many of them out of business since the public plan would be able to offer lower premiums to virtually all Americans. But backers of a public plan – including Obama – say it would instead provide healthy competition for the insurance industry.

The federal government would ultimately be responsible for ensuring that every person, regardless of income or the state of their health, has access to an affordable insurance plan (target is to have 97% of Americans covered by 2019.). Individuals and employers would have new obligations to get coverage, or face hefty penalties. Employers who don’t provide coverage would be hit with a penalty equal to 8% of workers’ wages with an exemption for small businesses. People (employees) would also be penalized as much as 2.5 percent of their income for failure to buy health insurance.

The plan would cost between $1 to $1.5 trillion over the next 10 years and reduce the number of uninsured by roughly 37 million Americans (currently 46 million uninsured), according to a preliminary analysis by the Congressional Budget Office and other reputable sources.

As with any legislation of this magnitude and impact, they are many stumbling blocks and there will a number of public and private discussions that take place before the bill is finalized. Business groups and the insurance industry immediately assailed the legislation. In a letter to lawmakers, major business organizations branded the 1,000-page bill a job-killer. Its coverage mandate would automatically raise the cost of hiring a new worker, they said. Efforts to reach a bipartisan compromise in the Senate have failed so far as well, with most republicans opposed to the plan (without really having a viable alternative themselves). And in the House, the Democrats’ plan is considered too costly by dozens of their own members – which means that the final version of the health care reform bill is far from finalized.