Here are highlights from his Cut, Balance and Grow (CBG) plan: 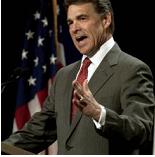 – Personal Tax Reform: Americans will have a choice between a new, flat tax rate of 20% or their current (lower) income tax rate. The new flat tax will preserve mortgage interest, charitable and state and local tax exemptions for families earning less than $500,000 annually, and it increases the standard deduction to $12,500 for individuals and dependents. This simple 20% flat tax will allow Americans to file their taxes on a postcard, saving up to $483 billion in compliance costs.

– Helping senior citizens: To help older Americans, CBG will eliminate the tax on Social Security benefits, boosting the incomes of 17 million current beneficiaries who see their benefits taxed if they continue to work and earn income in addition to Social Security earnings. CBG social security reform would also raise the retirement age for younger workers. It would also gradually raise the Medicare eligibility age and pay people benefits based on their income levels.

– Boost investing: CBG will eliminate the tax on inheritances, qualified dividends and long-term capital gains to free up the billions of dollars Americans are sitting on to avoid taxes on the gain.

– Cut spending to offset tax cuts: All of these tax cuts will be paid for by cutting federal spending and balancing the budget by 2020. This involves capping federal spending at 18% of gross domestic product, banning earmarks and future bailouts, and passing a Balanced Budget Amendment to the Constitution. CBG freezes federal civilian hiring and salaries until the budget is balanced (the government spent $1.3 trillion more than it collected last year, and total federal debt now approaches $15 trillion). And to fix the regulatory excess of the Obama administration and its predecessors, CBG will put an immediate moratorium on pending federal regulations and provides a full audit of all regulations passed since 2008 to determine their need, impact and effect on job creation. This includes repealing ObamaCare, Dodd-Frank and Section 404 of Sarbanes-Oxley.

– Entitlement reform: To preserve benefits for current and near-term Social Security beneficiaries, CBG permanently stops politicians from raiding the program’s trust fund. Congressional IOUs are no substitute for workers’ Social Security payments. Younger workers will also have the option to own their Social Security contributions through personal retirement accounts like 401K plans, that politicians can never raid. Because young workers will own their contributions, they will be free to seek a market rate of return if they choose, and to leave their retirement savings to their dependents when they die.

“I am not naive. I know this idea will be attacked,” Perry said of the CBG proposal. “Opposition to this simple measure is based on a simple supposition: that the people are not smart enough to look out for themselves.”

Thougts on the CBG plan? Overall the plan has some good items, like an overhaul of the personal and corporate tax code, and its simplicity is appealing. Though it does favor the rich over the poor, as does any flat tax. I am also concerned that the freeze and cuts in federal spending may have too strong an economic impact given current market conditions. Also a broad based repeal of Obamacare and Dodd-Frank may put a lot more power back in the hands of Healthcare, Insurance and Financial corporations. But my biggest concern is with the option for younger workers to not contribute to social security and instead manage things on their own. If current market conditions continue for a long time (likely), most folks will have nowhere near enough saved up for retirement. Still, the plan has some promise and I would be interested in seeing more details and analysis from independent parties.