It’s not breaking news that you should be saving for retirement. Most employed people understand this fact, so hopefully, you are setting some cash aside for your golden years despite your day to day living expenses. The tricky part of retirement financial planning is figuring out how much you should actually save and where it should go. Luckily, if you’re just starting the career phase of your life, you have the opportunity to take advantage of a few strategies for young savers. The following is an examination of what could be the best retirement plan for a young worker.

How Much You Should Be Contributing 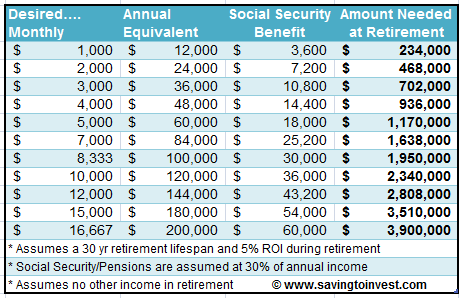 You want to be sure that you’re putting away enough now to enjoy a comfortable retirement decades from now without having to rely on family or the government. There are plenty of factors to consider when determining how much you’ll need for retirement, like life expectancy and approximate annual cost of living, but none of these numbers can be pinned down exactly.

Rande Spiegelman, the Vice President of Financial Planning for the Schwab Center for Financial Research, recommends you save 25 times the amount you plan to spend in your first year of retirement, excluding whatever fund you expect from Social Security and any other sources of income. This translates to between 10 and 15 percent of income for a 20-something employee.

Once you determine that magic number, you’ll want to keep it in an account that will maximize your earnings over the coming years.

There are numerous intricacies to each of the following retirement accounts and you should discuss each option with an advisor or other financial professional before opening one. For simplicity’s sake, here’s a brief rundown of how these three accounts differ from one another:

A 401(k) is an employer-sponsored account, which means it’s considered a benefit provided by your employer. You can open one through your job and then regularly contribute a portion of your paycheck to the balance. The money you deposit is deducted from your income before taxes are taken out, so you don’t have to pay any taxes on it until you withdraw it during retirement.

Your employer will determine the rules of how your money can be invested, such as which funds are purchased, how much you can contribute and whether they’ll match a percentage of your contributions. The government does cap the total amount you can contribute each year, though, so don’t plan on avoiding paying taxes all together.

An IRA is an Individual Retirement Account, which is a self-directed retirement account. You do not have to open an IRA through your employer, and you have complete control over where and how the funds are invested. You can, however, authorize a financial advisor to manage it for you. IRAs are available though any bank or brokerage that offers IRA accounts as investment options.

The traditional IRA is very similar to the 401(k) regarding taxes. Money is deposited pre-tax and then taxed as income when you begin making withdrawals. Anyone under the age of 50 by the end of the year is allowed to contribute up to the annual mandated limit (adjusted every year) or your total taxable income each year, whichever number is smaller. Those over 50 have a higher “catch-up” contribution limit.

A Roth IRA works in pretty much the opposite way. While it is still self-directed, you pay taxes on the money you deposit, but don’t have to pay anything when you withdraw it later. The interest rates are typically higher in these accounts as well, which means you will likely see a significant increase in your retirement savings over time.

The contribution limits for a Roth IRA are the same as a traditional IRA. Note that if you hold both types of accounts, that number is split between the two. A Roth IRA is also subject to various income limits, meaning some people cannot contribute if their income is too high.

If you don’t have access to a 401(k) or are making maximum contributions and want to save even more, go with the Roth IRA.

What makes the Roth so much better than other account options? It all comes down to taxes. Since money in a Roth is taxed when it’s deposited rather than withdrawn, you have a tax advantage as a young person. Usually, when you’re in your 20s or 30s, your income is much less than it will be as you near retirement age (hopefully). This means you fall into a lower tax bracket and will pay less now, but even more importantly, any interest earnings when you start to take distributions from your Roth IRA will not be taxed.

The most important thing to remember, though, is to start saving, period. There are numerous advantages to starting early when it comes to saving for retirement, so the sooner you start socking away money, the better your life will be when you’re older.