Teachers play such an important role in our lives. We can all remember a great teacher who directly or indirectly had a bearing on where our lives went and what we achieved. I see this even more clearly as I see my son go through elementary school. Last year he had a terrible teacher who was completely oblivious from her student needs. He hated going to school. This year, in a 180 degree turnaround, he has a great teacher and loves going to school. And he is only in second grade.

Yet our teachers get paid so little relative to the average knowledge worker (~$75,000), despite having so much more impact on future generations. This was highlighted in a National Center for Education survey which showed that the average teacher makes only $56,383, which puts them right on par with the median national household income level.  New York teachers ranked the highest for average salaries at $75,279, with South Dakota pulling in just $39,580 on average. 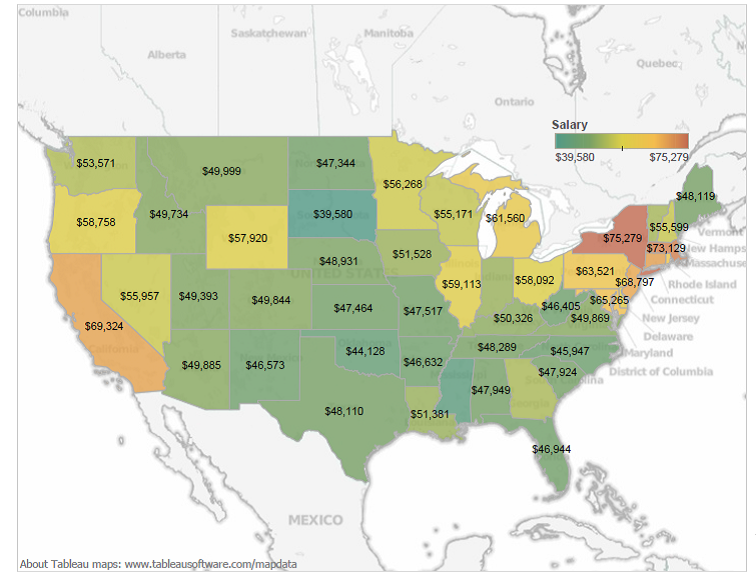 Ironically it seems that what a teacher makes does not directly correlate with the state’s education quality. California is a case in point. On the other hand, Texas which has one of the worst public education systems is well below the national average for teachers pay. The North-east, which has higher income and education levels seems to be the best place for teachers.