The world however was getting richer at a slower pace due to declining equity markets driven primarily by fears over Europe’s debt crisis. The increase in global wealth between 2010 and 2011 was a relatively modest 1.9 percent (to $122.8 trillion) compared with a 6.8 percent growth rate in 2010. 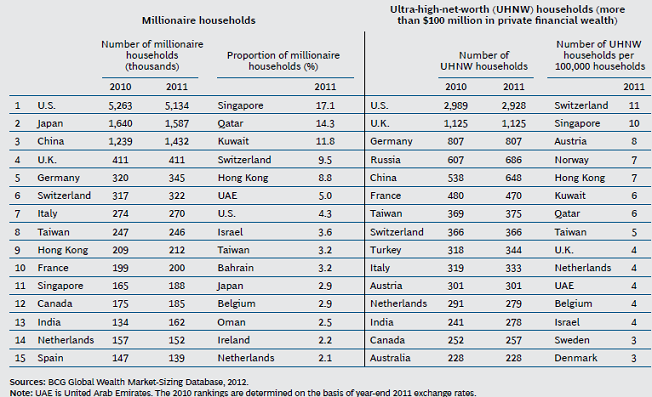 In fact, as I consider future job prospects, I am actually going to look at moving to Singapore or the UAE, where I can get paid as well or better than here in the US, while having more home amenities like a maid and a driver, not to mention the opportunity to explore brand new regions.

1 thought on “Countries With The Most Millionaires”