Skip to content
Following on his somewhat controversial article on the negative relationship between Religion and Money, guest author Tony Parker takes a cynical look at the recently enacted credit card reforms and why they make him angry.
__________ 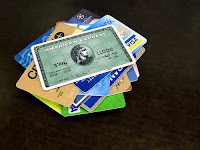 What a surprise, the government has imposed even more regulations on what’s left of our financial industry. Really, why don’t they just take over all the banks, insurance and hedge funds and just get this semi-control sham over with. Now the credit card industry is feeling the wrath of Congress who have suddenly discovered, after years of happily taking corporate contributions, that perhaps the consumers – i.e. disgruntled voters – may actually be worth listening to. Alas, congress and the current administration have yet again gone too far and many prudent, hard working and financially careful Americans (like me) will end up paying the price for the misspending of others. Here are my key issues with the recently passed credit card reform bill:

Bye-Bye No Annual Fee Cards: With credit companies forced to cut many fees on low volume transactions (like paying by mail), they will raise fees in areas that were previously funded from other sources. For example, the days of no annual fee credit cards may be numbered. Start expecting a minimum $100 charge every year for the right to use a credit card. That’s if you can qualify for one, given that card companies, like home loans from banks will only approve credit cards for those with FICO scores greater than 750. After all if they cannot charge outrageous fees to delinquent payers then why give them a credit card at all!
Bye-Bye Lavish Reward Programs : In addition to paying annual fees, I’ll probably also end up losing some of the credit reward program perks that make credit cards attractive to many people. I charge about 80% of my personal and all work expenses to my credit card. This gives me about 50,000 points a year on average, which has allowed me to get free trips, merchandise and even cash back rewards. I imagine these types off reward programs will be severely curtailed as card companies cut costs. In fact, my free debit card from the bank is starting to look more attractive at the moment.
I’ll now be Guaranteeing my Kids Debt in College: Okay, at first I thought that banning credit cards for kids under 21 was a great idea. Then I read the fine print – they can still get a credit card if a parent co-signs! So not only will kids be unable to build a credit history, but they may destroy mine if I co-sign for a credit card they will be (mis)using. I would rather the government focus on educating college kids – and their parents – on the dangers of credit card usage, rather than making parents co-sign for approval. Kids have a great way of emotionally black-mailing their parents to get stuff and they’ll soon figure out a way for getting them to co-sign (like, I need it for emergencies). In the meantime, many millions of parents will join their kids in the world of credit card debt at graduation.
Higher Interest Rates for all: The new legislation will prevent companies from increasing interest rates on missed payments for at least 60 days (or first year of a new contract), but after the mandated time frame expires, they can charge whatever “reasonable” rate they want. So if you thought the current 15% APY were high on overdue balances, you will be doubly shocked when credit card companies start charging a reasonable (according to them) 30% plus rate for over due balances. At this crazy rate your debt could double every 3 to 5 years, even if you make the minimum payments.
I’ll admit some of the provisions in the bill are good (like longer statement cycles and no double cycle billing), but credit companies are much smarter than the government and I can assure they will find loop holes in the new laws to continue making even more money. They’ll just add a “government regulation service charge”, to deal with the additional bureaucracy imposed on them. Despite being an on-time, in-full bill payer and responsible credit card user, I am going to get slugged along with those who were irresponsible with their money, access to credit and had bad spending habits. So much for doing the right thing.
My simple two step solution to deal with credit card debt – Don’t get a credit card and cut out habits that make you spend more!
Photo Credit : Andres Rueda
Related:
~ I Want My Bailout Too and Here’s Why
~ 5 Clear Signs your Job is in Danger (and 5 things to do)
~ Funding the Bailouts by Printing Money and Issuing Debt
~ Credit Card Reform via the 2009 Cardholders’ Bill of Rights
~ I bought into the market hype for Visa and got burnt!