I sometimes ponder where I would move if I had to leave my current state (VA). And more and more, Texas seems to come to mind. This is because of three main factors – strong employment, housing affordability and quality of life (good weather, diverse cities, lower taxes etc). And clearly I am not alone based on data from the census bureau which shows that three of the fastest growing cities are in Texas. Austin, the capital of Texas, became the nation’s capital for population growth with three nearby cities – San Marcos, Cedar Park and Georgetown — ranking among the fastest-growing cities with populations of 50,000 or more during the year. 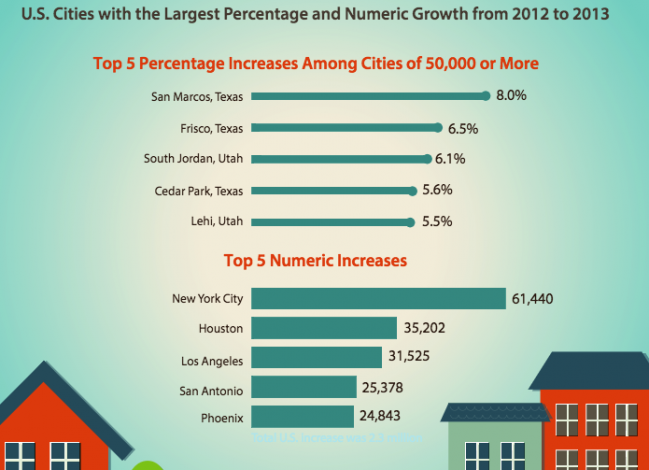