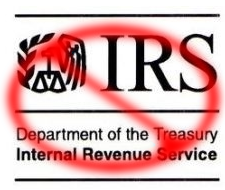 The IRS has officially admitted that they are having issues with processing some of the most popular economic stimulus payments that the Obama administration has handed out over the last few years. In particular, the many versions of the first time home buyer credit, each with different eligibility and income rules, has made tax time difficult for tax payers starting to repay the original $7,500 credit.  About 950,000 of the nearly 1.8 million who claimed the credit on 2009 tax returns may have to send the money back because in some cases they were not eligible for the second $8,000 version of the home buyer tax credit that did not have to be paid back.

The IRS has stated that the agency is “working quickly to resolve this issue and update its systems….which will allow the correct processing of these impacted returns.” Anyone who is claiming the final and most generous (in terms of qualification) installment of the tax credit on a home purchased in 2010 shouldn’t be affected by the errors according to the IRS.

The Senior Citizens League also reports that millions of Americans may be in for an unpleasant surprise during tax season because the Making Work Pay tax credit was incorrectly applied to an estimated 13 million taxpayers in 2010, many of them seniors. This potentially leaves many retirees unexpectedly owing hundreds of dollars in taxes, and in some cases paying penalties for last year.

The $400 making work pay tax credit  was advanced to working taxpayers in 2009 and 2010 in the form of higher payroll and pension checks (via lower federal income tax withholdings deductions).  Seniors who received the Social Security, Supplemental Security Income (SSI), railroad retirement or veterans’ disability compensation also qualified for a separate one-time $250 payment. Working seniors who qualified for the tax credit and SSI payment had to reduce the larger making work pay credit by the SSI amount of $250, making them only eligible for a $150 making work pay tax credit. But the IRS withholding tables used by employers did not adjust for those payments and so many seniors received $650 ($400 + $250) instead of the $400 ($250 + $150) that they should have.

Seniors receiving pensions were affected as well, because the IRS tables allowed reduced withholdings for pensions — even though such income was not even eligible for the credit, which only applied to income earned from a job. Married couples who worked and also received a pension are at greatest risk and could potentially owe as much as $1,600 if they are not eligible for any of the credits (due to income limits)

Because the faulty tax tables caused many people to owe taxes they didn’t expect to owe, the IRS allowed penalties to be waived for the 2009 and 2010 tax years. But the waivers are only given if taxpayers explicitly request them. According to the Treasury Inspector General, last year virtually no taxpayer surveyed knew they could request a waiver.

“Many seniors will be surprised to find they owe money on their tax returns for 2010 because of the way the IRS implemented the Making Work Pay tax credit,” said Larry Hyland, chairman of The Senior Citizens League. “We urge affected seniors to file their penalty waivers. We also urge the government to eliminate what amounts to double taxation of Social Security benefits, by removing taxes on those benefits.”

Feel free to leave a comment below for any issues you have had claiming any of the above or other economic stimulus credits.