The Congressional Budget Office (CBO) has published an interesting report titled, The Distribution of Major Tax Expenditures in the Individual Income Tax System, that shows how 10 of the largest tax breaks, credits and deductions are distributed across household with different income levels. These tax breaks (or tax expenditures as they are referred to) include, Itemized deductions (mortgage interest and charitable contributions), earned income tax credit (see 2013 EITC), child tax credit and subsidies for items excluded from taxable income such as employer sponsored health insurance and pension contributions. These 10 tax breaks are only a small fraction of the more than 200 tax expenditures in the individual and corporate income tax systems, but account for roughly one trillion or two-thirds of the total 2013 budgetary tax expenditures. 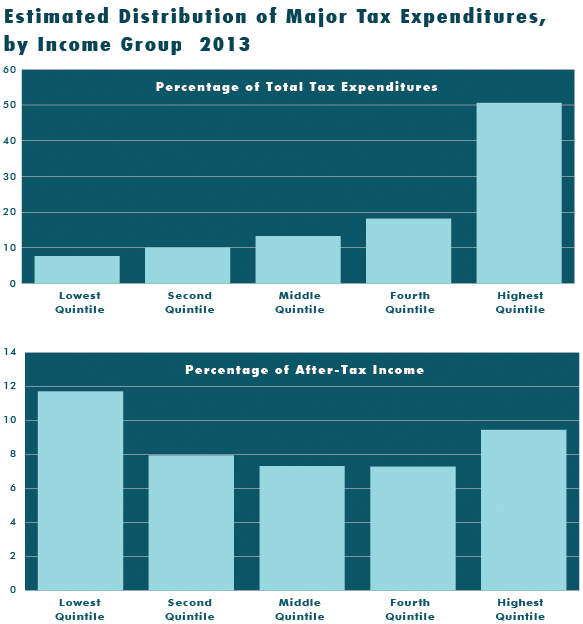