Jun 26 –  The Senate has announced their health care plan –  the BETTER CARE RECONCILIATION ACT (BCRA) – which is in line with the house bill described in the previous update, with key changes being made to appease more moderate Republicans. NPR.org has a nice summary comparing Obamacare, AHCA (House bill) and BCRA (Senate bill) as shown in the graphic below.

In general the bill does cut the individual mandate that forced people to buy health insurance of face a penalty, but does benefit the healthy and well-off the most with the various tax cut rollbacks that were used to fund Obamacare. Lower income and those with serious pre-existing conditions face the largest loss of benefits under the Republican proposals. 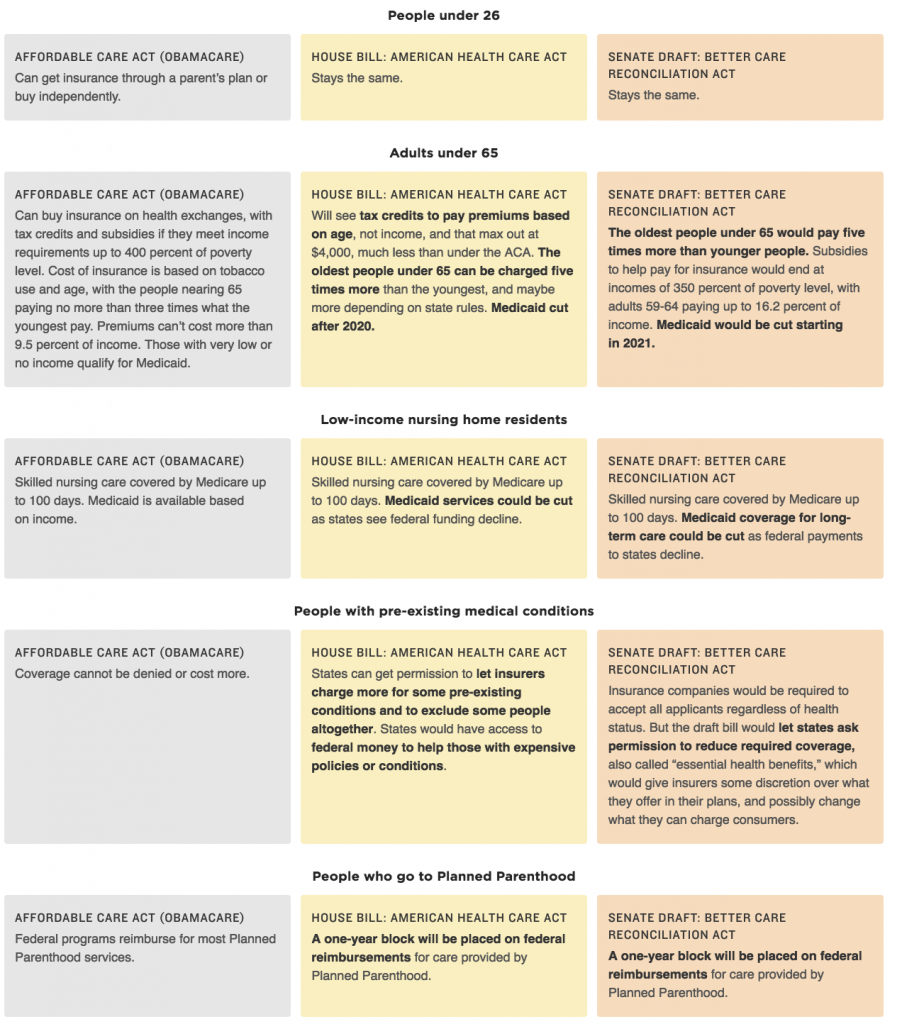 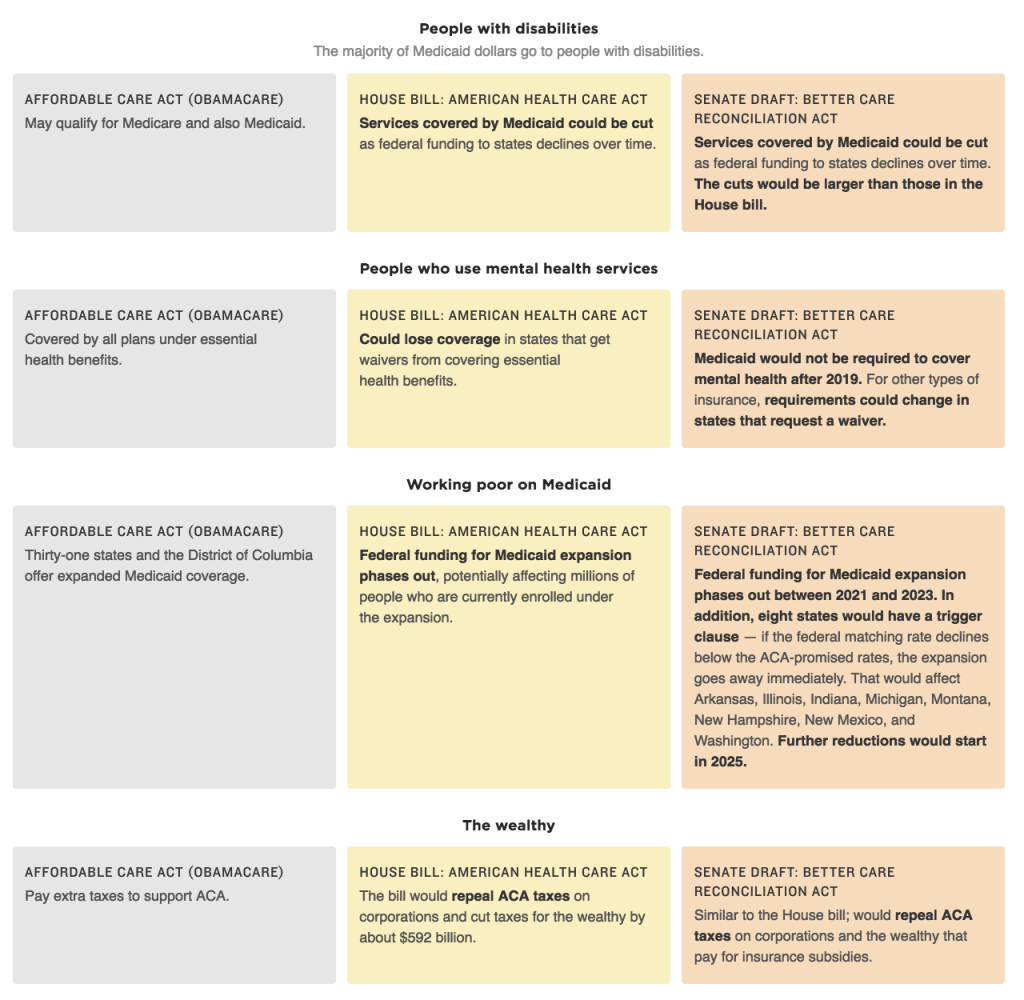 The house GOP has announced their legislation to repeal and replace ObamaCare. They are calling this bill the American Health Care Act (ACHA). From a bottom line perspective here are some of the key impacts you may see from next year if these provisions (or something like them) are passed.

Expanded health savings accounts (HSA) for individuals and families. Health Savings Accounts are tax advantaged medical savings accounts that you own. The funds that you contribute to an HSA are contributed on a pre-tax basis; that is they are not subject to federal taxes when you deposit them. Any earnings or growth in your HSA account are tax free as well. Think a 401k plan for health insurance. The only catch is that HSA funds can only be used for qualified medical costs. Current HSA contribution limits would nearly be doubled for individuals and married couples to $6,500 and $13,000 respectively. Catch-up contributions would also be allowed for those 50 and over.

Tax credits ranging from $2,000 to $14,000 will be provided based on age, filing status and income levels to help cover the cost of obtaining private health insurance. For those under 30 the credit would $2,000 a year and increasing steadily to $4,000 for those over 60. For families the credit can be as large as $14,000.These refundable tax credits are subject to annual income limits ($75,000 for individuals and $150,000 for married couples)

Eliminating the employer and individual mandate (Obamacare penalty) to provide and carry health insurance. This has been the biggest issue for most republicans and voters, who feel it is just another government imposed tax. However the bill does state that their could be a 30% premium surcharge for those uninsured for more than 63 days. You can see a summary of the current Obamacare penalties below. For this years tax return the penalties are still in force when filing since the ACHA has not been passed into law.

The ACHA or TrumpCare bill will be reviewed over the next several weeks and it is expected to go through a lot of revisions as a number of Republicans (and virtually all Democrats) have already expressed reservations around these changes and coverage impacts for the 20 million Americans currently on Obamacare.